Enjoy some the best music from the 70’s, 80’s, 90’s and 00’s at these adult only party weekends from just £39pp including your accommodation and all entertainment.

Adults Only from £39pp

Includes all entertainment
Apartments sleep 2-6 people
Guests must be 18 years or over
Nights: 2 nights
Board: Self Catering
Dates: See Below
Check Availability Now 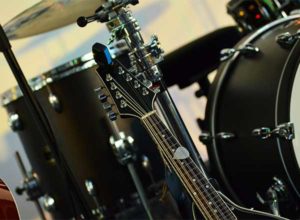 If you and your friends like music and parties you’ll love these fantastic adult only weekends.

The 48 Hour Party has become one of the UKs most successful 70’s, 80’s, 90’s and 00’s music events since it was first launched over five years ago by Pontins, the famous British holiday resort.

This year is shaping up to feature some amazing acts. Below is a list of the currently confirmed headline acts for 2021 although the team are still working hard to secure the best acts for the rest of the year.

As more acts are confirmed we will be updating this page.

Named acts are scheduled to appear, but are subject to change without prior notice.

At these 48 hours party weekends you are sure to need a place to rest your head for a few hours so it’s good to know that this is included in the price. Choose from three different accommodation options: Popular, Classic and Club depending on your needs and budget. Each of these apartments come in a variety of layouts and have up to 6 Berths.

The lowest priced accommodation is the Popular apartment or studio and these normally sell out first so if you fancy one of these adult only party weekends it pays dividends to book early.

Note: With the exception of Club accommodation there is an extra charge for electricity and bed linen. Towels are not included but can be purchased on the park if you don’t wish to take your own.

Holiday Provider : Pontins
Lead in price of £39pp is based on 4 people sharing a Popular apartment and was available at most weekend events in 2021. Prices shown are for guidance only and were available at the last update. Actual price will vary depending on event date, time of booking, accommodation and occupancy.
Share Is your holiday or short break financially protected? Read our quick guide >>>

Up-to-date advice on staying safe and healthy abroad plus the latest travel advice from the FCO including security, local laws, passport and visa information >>>